If ever there was a person who should be our harbor’s ambassador, it is Phillip Ramser. I have never met a more congenial person in this harbor. This is why I write this column — I get to pick up the phone and ask people like Phil if we could talk. 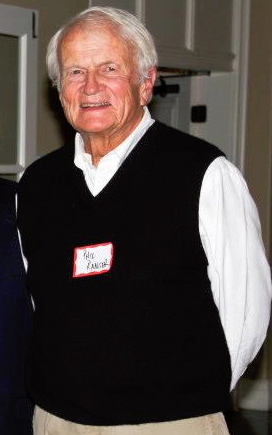 Phil was born in West Los Angeles, attended the local schools, went to college at USC and later served in the Air Force.

Phil’s father, Hal Ramser, purchased a Kettenburg 46-foot PCC hull No. 5 by the name of Antigua. When Phil was 15, one of our harbor’s local sailors, George Strong, asked Hal if he would like to put a group of sailors together and race in the San Diego Yacht Club’s Lipton Cup. The crew included Darby Metcalf, Harry Bourgeois, Kenny Watts and Hilyard Brown.

“This was the very first race I had ever sailed in,” Phil said with excitement in his voice, as if it was only yesterday. “I was assigned to the pit and was allowed to come on deck, to hold out the main out, on the downwind runs. We came into the last race at the leeward mark with inside overlap on Mr. Kettenburg and headed toward the finish. We tacked 24 times on that final leg to beat the San Diego Yacht Club.”

The Lipton Cup has always been the most sought-after sailing trophy in Southern California, and Phil was on the winning crew in his very first sailboat race.

In the ’50s, Phil served in the Air Force, and upon his return home sailed Antigua for a number of years and did very well in our local offshore races.

After he sold Antigua, he moved into the Etchells 22-foot fleet and helped develop the fleet in Newport Beach and Europe.

“We sailed Etchells all around the world — Australia, England, Hong Kong and Scotland,” he explained. “We would have boats built in Scotland and race these boats, then sell them, and we did this for about three years in a row. That’s how the Etchells fleet started in Europe.”

Somewhere, Phil found time to sail 5.5 meters in Europe with Tom Omohundro and Harry “Buddy” Melges before becoming commodore of the Newport Harbor Yacht Club. Just about this time, he purchased a New York 36 by the name of Vidiot and campaigned that through most of the ’80s in our local PHRF fleet.

Taking a short break from owning his own boat in the early ’90s, Phil played a role in developing the concept of the Harbor 20.

“We needed to find five people who wanted a boat, so we did, and now the fleet has over 30 boats racing in most of the events,” he said.

I asked Phil what he thinks are the biggest challenges facing the harbor in the next 40 years.

“I would like to see the anchorage moved back to where it was originally located on the west end of Lido Isle,” he said with concern in his voice. “With the addition of Marina Park, the harbor will become increasingly restrictive in the anchorage area now. That disturbs me, and we should do what we can to mitigate that.”

I asked who his sailing mentors were and who he thought was the fastest sailor in the harbor. Names like Metcalf, Bill Ficker and Tommy Frost quickly came to mind.

“We have had a multitude of good sailors come out of our area,” Phil said.

When asked again who he felt was the fastest sailor, he quickly replied Jon Pinckney. “He is amazing how he watches the water, amazing guy on how he picks up on the wind,” Phil said.

Last, I asked who he liked to beat the most on the race course.

“I never had someone I would go after,” he explained. He would like to beat Bill Menninger, he said with a laugh. Long ago, I enjoyed racing against my old friend Don Ayres, and it was fun competing against him.

“I have never have had any contentious rivalries,” he said with pride. “I’ve been able to get along with everyone rather well. It’s all good.”

If you have never met Phil Ramser, I suggest you introduce yourself, because the way I see it, he is one of our harbor’s amazing guys.