And what a Summer Party Fiesta it was!  Lido Isle Yacht Club cleared its docks to welcome 31 Harbor 20 sailboats and about 117 Harbor 20 enthusiasts on a spectacular Sunday afternoon.  We had 12 boats that were new to our events and perhaps even racing for the first time.  So, after some basic rules and racing clinic time with Class President Peter Haynes, these new C Fleet skippers and guests had two races on the water. 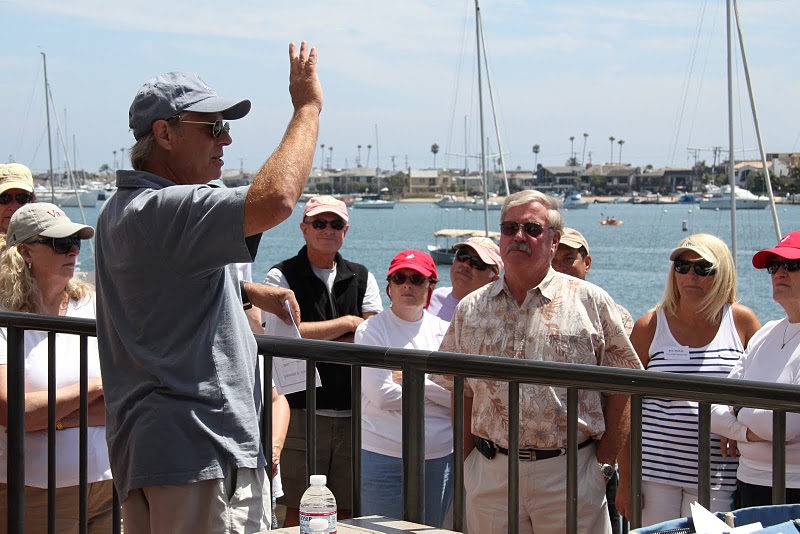 Meanwhile the nine As and ten Bs raced up and down the bay.  It was a beautiful sight to see all 31 Harbor 20s tied neatly at the docks thanks to LIYC Rear Commodore Carter Ford aka “Dock Master of the Day!” 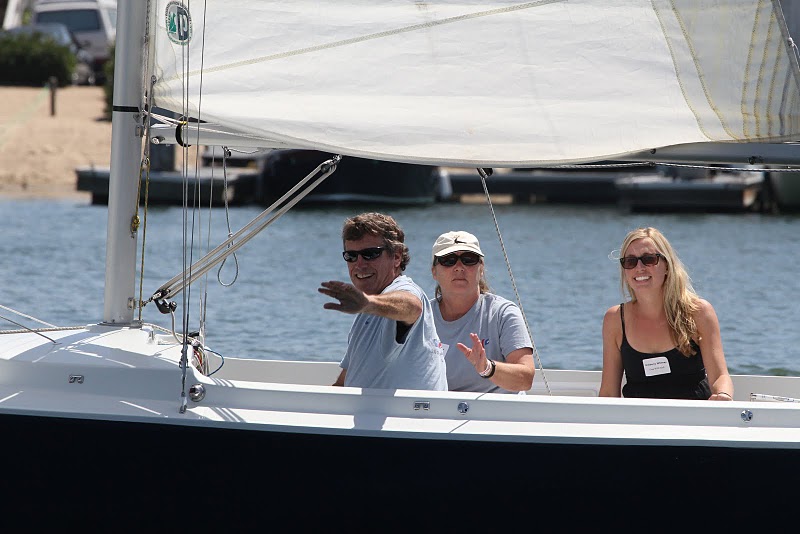 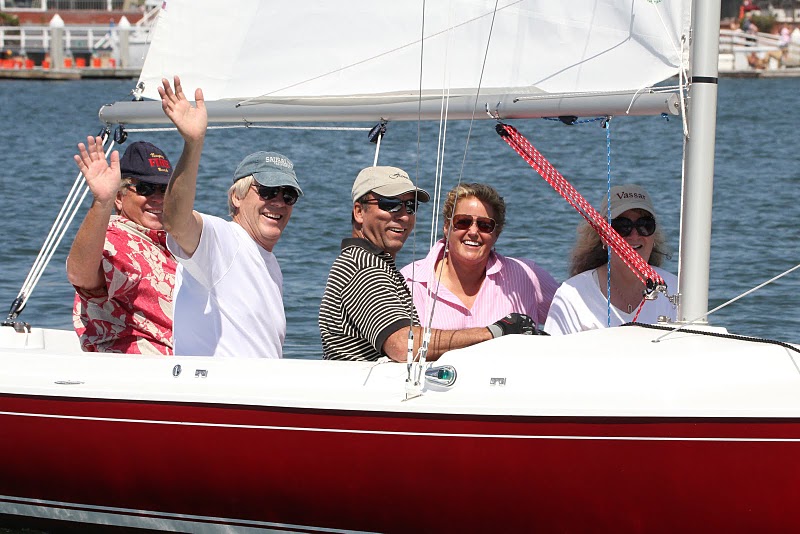 The after party found all of us at tables on the grass munching on Ensenada-style tacos topped off with frozen Margaritas while being serenading by Mariachis! Food and drink were the brainchild of our sensational Mindy Froehlich.  LIYC social maven Kathleen Sangster once again guided us to a beautiful setting of tables on the grass. Among the volunteers who carried the tables and chairs out and in were Andy Binkerd, Bob Yates, Roger Lockhart, Donna Martell and her son Chris, Judy Weightman, Konstantine of the Urals and other generous strong hands.  The Race Committee was chaired by Nik Froehlich and supported by Greg Hawkins, Andy Binkman & Warren Duncan.  Photographers included Bob Yates, Donna Griggs and Roger Lockhart.  Led by Fleet I Captian John Whitney, trophies were awarded to the following winners:

B Fleet Trophies (as Awarded):

Staff Commodore Phil Ramser gave us a brief history of our wonderful class of boats. 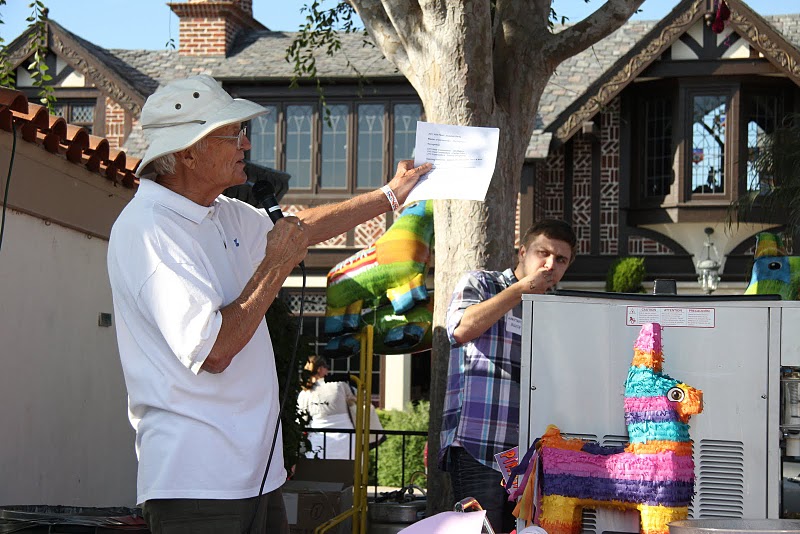