“…Everyone in Seattle knows about the popular Duck Dodge series that runs on the city’s Lake Union in the summer.  Almost 100 boats turn out each Tuesday for a different themed race each week.  From Hawaiian Night to Toga Night, this popular series focuses on having fun. There is no cost to enter, and there is only one rule: Don’t hit each other.

Less well known, but still well attended, is the Goosebumps series every Sunday in January and February, also on Lake Union.  Of course, it is hard to have a Hawaiian Night or a Toga night in the winter in the Pacific Northwest.  If there were a theme for the Goosebumps, it might be fleece and foulies.

With more than 20 Harbor 20s scattered around Puget Sound and various lakes, Signature Yachts, located on Lake Union is working to get boats out sailing together this winter. Five boats have already committed to at least one or two of the Sunday events, with Signature Yachts hosting the boats at its dock after the races.  2 of the 5 Boats are skippered by Women.

Plans call for tuning sessions, sail trim clinics and Harbor 20 gatherings in the spring. Signature is trying to build the Harbor 20 fleet and get the existing boats out in a fun and casual setting….” 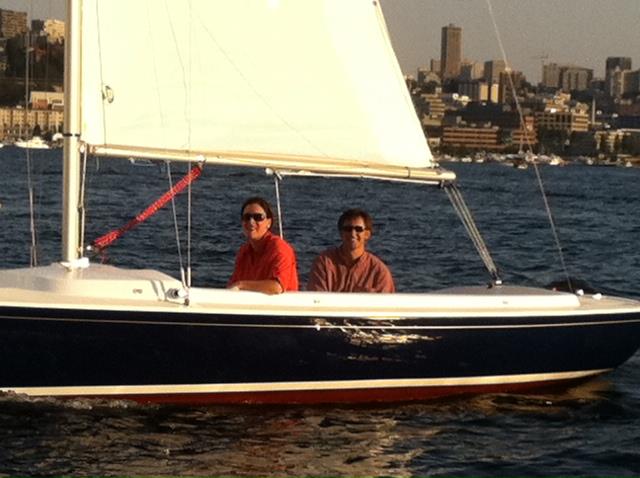