The SCYC Race Committee, with Kevin Keogh as principal race officer, ran three races, each about 45 minutes long, in a northerly breeze with oscillating shifts that kept the competitors and the race committee on their toes and produced three different race winners.  Despite the shifty breeze, it was a beautiful January day for racing on Calibogue Sound.  In the end, consistency won the day.  The winning team’s record was a third and two seconds in a fleet of nine boats. 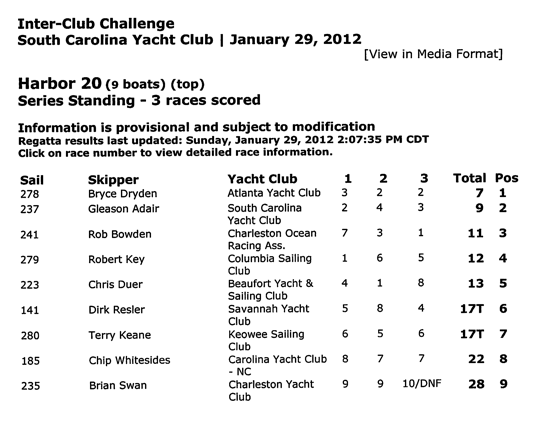