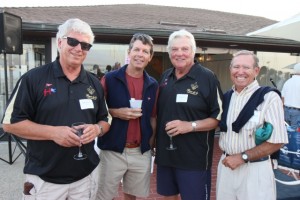 The annual East / West Challenge kicked off Friday evening with a competitor check-in and reception at the Newport Harbor Yacht Club in Newport Beach.  Over 85 competitors, boat owners, race committee, housing hosts and guests are participating in the regatta which has grown this year to include four Harbor 20 fleets.

Representing the East Coast are Fleet 3 from Hilton Head and Fleet 5 from Annapolis. Representing the West Coast are Fleet 4 from Santa Barbara and Fleet 1 from Newport Beach.  Each Fleet has sent four teams (skipper and crew) for a total of 16 boats in the regatta. Additionally, each of the Harbor 20 boat owners is the “3rd crew” providing the team additional insight on “local knowledge” and familiarity with their boat. 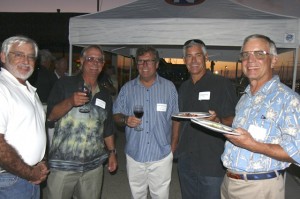 The Friday reception, which included hosted beer and wine and a Taco Bar, allowed participants to meet and greet each other and discuss the upcoming regatta. 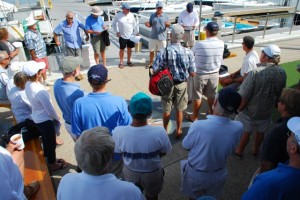 The format of the regatta is Fleet racing (not team racing as one may deduce from the name). Awards will be given to the top 5 individual competitors.  Additionally, the scores from all the competitors representing the East Coast will be combined and compared to that of the West Coasts fleets, and the lowest overall score will be awarded the East / West Challenge Perpetual Trophy.  Currently, Fleet 3 (Hilton Head) possesses the trophy by defeating Fleet 1 at Hilton Head.  This year is the first year that more than 2 fleets have participated in the East / West Challenge.

The regatta will consist of a planned eight (8) races over two days. The courses are place in the Harbor Harbor area adjacent to the yacht club docks making it easy and comfortable for spectators to watch the action.

On Saturday, the winds were pretty steady at about 7-9 knots out of the South/South West. As is usual in Newport Harbor, shifts and current provide for a challenging venue where local experience can give competitors an advantage.  The race committee was able to get off four (4) windward / leeward races, each about 35 minutes long. 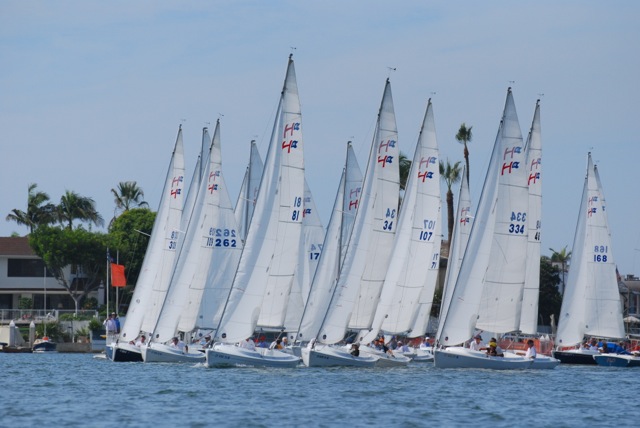 At the end of the day, the East Coast leads with 268 points to the West Coasts 276 points. With only an 8 point spread, the challenge is close even as the second day of racing begins. The leaders in the individual competition is as follows: 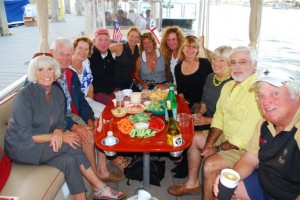 After racing on Saturday evening, the out-of-town guests were treated to an hour-long guided tour of Newport Bay in the iconic “Duffy”, electric boats. Wine, cocktails and snacks along with commentary on the interesting facts and notable landmarks provided the background for this sunset cruise to Lido Isle Yacht Club for the Saturday Party.

Saturday was capped off with a festive party with a variety of food, live music, dance floor and hosted bar. There was a lot of energy left over from the day as was evident by the chatter, energy and plenty of dancing. 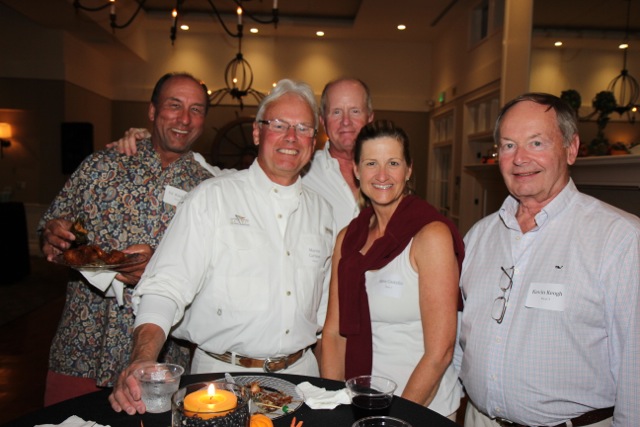 Sunday, racing begins at 1pm and will conclude with awards and an Awards dinner at the NHYC.

Pictures of the event will be added to this post and included in the final regatta wrap up post.