Starting time 1800 with close to 110 members attending. Shana Conzelman chaired the event and after a tremendous amount of effort by Shana and her committee, one word comes to mind, and that is spectacular.

The first awards given out was for the High Point Series. Gary Thorne 1st Bob Yates 2nd and Len Bose 3rd. The High Point awards are given to A, B, & C skippers who have the best total score for the season in their respective fleets.

The Rain or Shine Series is presented to the fleet one skipper who races in the greatest number of Rain or Shine races for the season. This year’s recipient was Michael Volk who participated in seventy six races. In a close second was Rod Swift with seventy four and in third was Peter Haynes with seventy two. The inflection in Peter Haynes voice, as he graciously presented the award to Michael, indicated that this award will be contested next season. From what I can tell the record is eighty two races set by Peter in 2012. 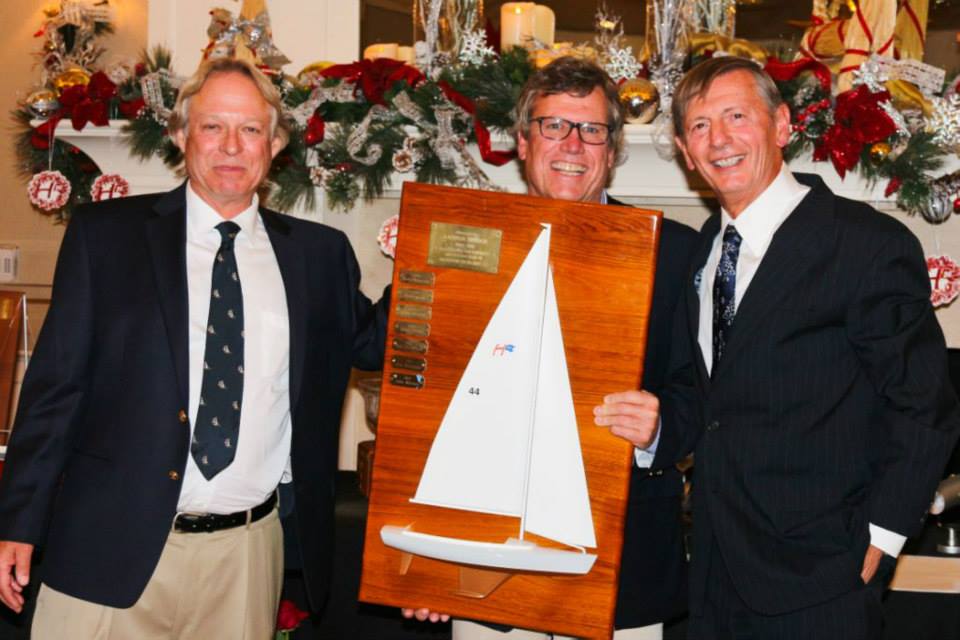 The Arthur Strock is awarded to the member who has performed outstanding service for the Harbor 20, fleet one organization. After observing the fleet for the first time, as a skipper, this year I could have guessed this one. I first noticed John Whitney busting his butt in The Baldwin Cup this year. He helped organized the rules seminar, and helped us at BCYC obtain boats for our club championships. I mean everywhere I went this season John was already there. Well done John, you raised the bar on this award and thank you.

Next was the Broken Rudder Award. This fine awarded is given to the skipper whose boat sustained the most damage in the heat of battle. I was sailing that fateful Tuesday night, the wind was in the high teens and the racing area was very tight. Mark Conzelman aboard Shana’s Secret sailed just past the leeward mark on the starting line and with all the excitement of a windy starting sequence did not notice the bow sprint of the big power boat and caught one of his stays that caused his mast to collapse. That one could happen to anyone in those conditions. Unfortunately it happened to one of our fleets newest members with his new boat.

This years First Mate Awards goes to the highest placing husband and wife teams in A and B fleet at the fleet one championships. In A fleet Diane and Bill Menninger won and in B fleet Barrie & Len Connelly took home the award.

Next was Fleet 1 Grand Masters Trophy that is awarded to the highest placing skipper over the age of sixty five at the Fleet 1 championships in A & B fleet. In B fleet Win Fuller received the award and in A’s Bob Yates was the winner. 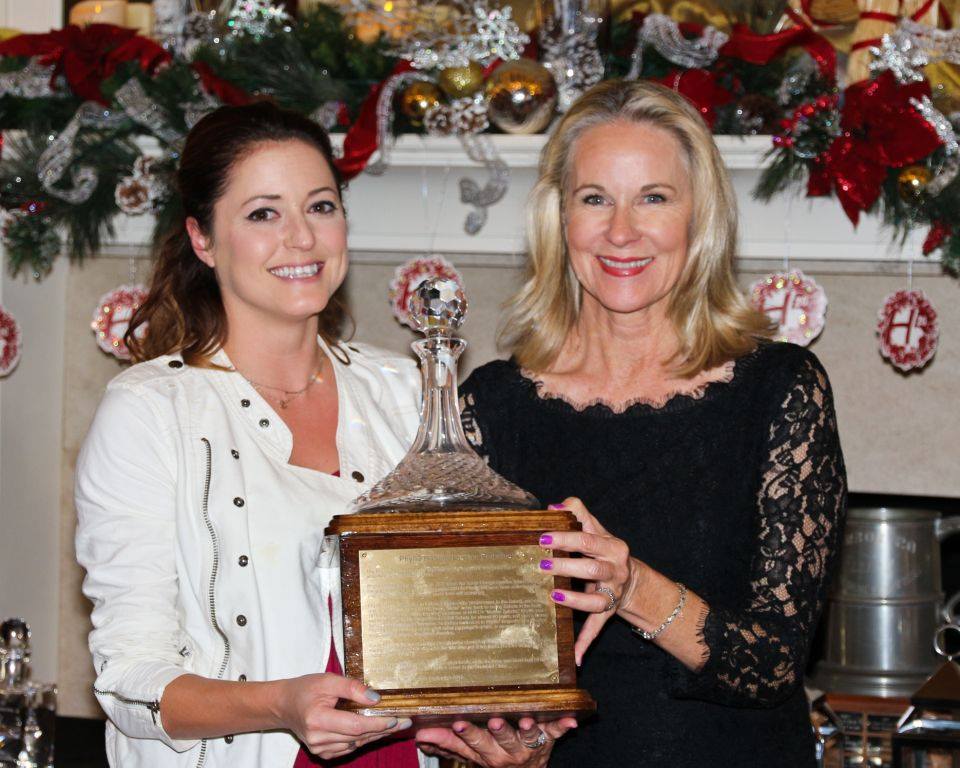 This year a new award was donated to the fleet by the Drayton family. The “Phyllis Rawlins Drayton” trophy. This award is presented to the top women finishers in A and B divisions (either skipper or crew). Now this award was particularly emotional as it was awarded and received. John Drayton and the family had obviously spent a lot of time putting this together and it meant a great deal to them and the fleet. What made the inaugural presentation so special, to me, was the reaction from one of its first recipients

Jessica Newman. Jessica and her father Greg where sitting at our table and Jessica reaction was truly emotional, inspirational and priceless. In A fleet Diane Menninger received the award and it was obvious she to was also very grateful to have received this award.

It was a perfect night and good times will be remembered for years to come.