Tomorrow begins the Baldwin Cup at Newport Harbor Yacht Club – a national level, 4 versus 4 team race, sailed in Harbor 20’s. The racing occurs in an arena-type setting, created by a vacated NHYC mooring field, which allowed the members to witness the excitement of the event happening just feet from the NHYC main dock. The Baldwin Cup Team Race has become an institution among national level team racers and is one of the most sought after invitations in the country.

More information can be found on the event’s website, or follow the action on the iPhone, iPad or Android Apps. 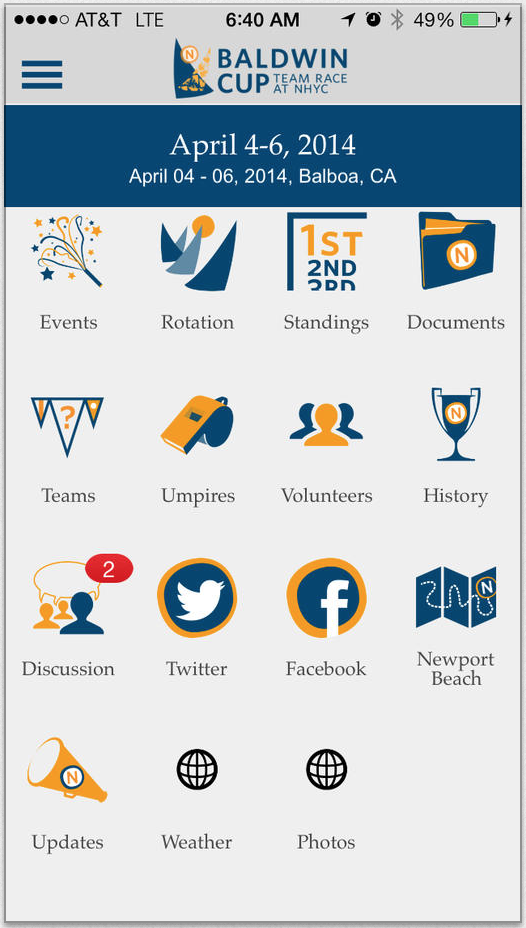