The dust has settled on another competitive year of sailing Harbor 20s with the conclusion of the Fleet 1 & Class Championships held at the Newport Harbor Yacht Club in Newport Beach on Saturday & Sunday, September 29th and 30th. 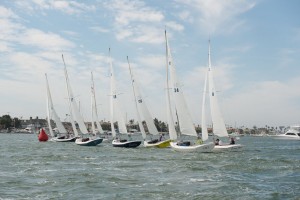 With 18 boats in both Class A and and 16 in Class B, we can give thanks to our Class officers who have devised a way of dividing our class in a very even handed way. This was the best turnout in a championship ever, and the racing was great with sunny skies and a variety of conditions. Unique this year was the absence of the mooring field off the dock of NHYC due to dredging of the bay. This provided for a bigger sailing course and less obstacles and better viewing from the club. 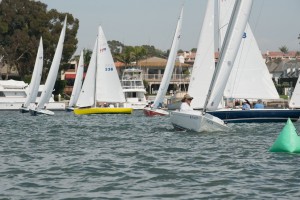 Peter Haynes’ years long effort promoting fair sailing with his regular Rules Seminars, culminated in an “ask the Judges” session two nights before this year’s event. The result was great racing with adherence to the Racing Rules of Sailing, protests when appropriate, and plenty of penalty turns taken on the water to settle protests.

The race committee introduced new courses to keep the boats spread out a bit more with an offset windward mark and leeward gates. A couple of courses included “L” reaching finishes after rounding a leeward gate. This introduced new strategies and added more excitement to the regatta.

The winds were generally Westerly at about 5-9 knots both days of sailing. A total of 9 races were completed for each fleet (18 total races). The A Fleet had some new sailors like Tim Hogan, Walter Johnson and Scott Ramser which increased the already competitive fleet. The B Fleet had many first time participants in the championship, and even saw a C Fleet sailor vying for first place right down to the wire!

Saturday night NHYC hosted an open bar followed by a sit-down dinner for the competitors.

In the end, Bill & Diane Menninger won their 4th Class Championship and their 3rd consecutive 1st place. When asked what he learned from the event, Bill stated: 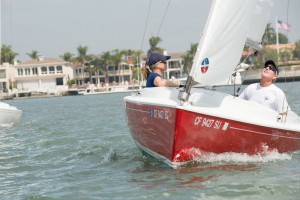 Everyone is now sufficiently fast to make it frustratingly tough to pass boats upwind and down….
I learned that loose rig tension is fast for tacking and accelerating, but not faster for straight line speed. I learned that maybe I should start using the vang earlier to flatten the main. And I learned that once the bottom of your boat needs new paint, its probably not that fast!

Here are the results: 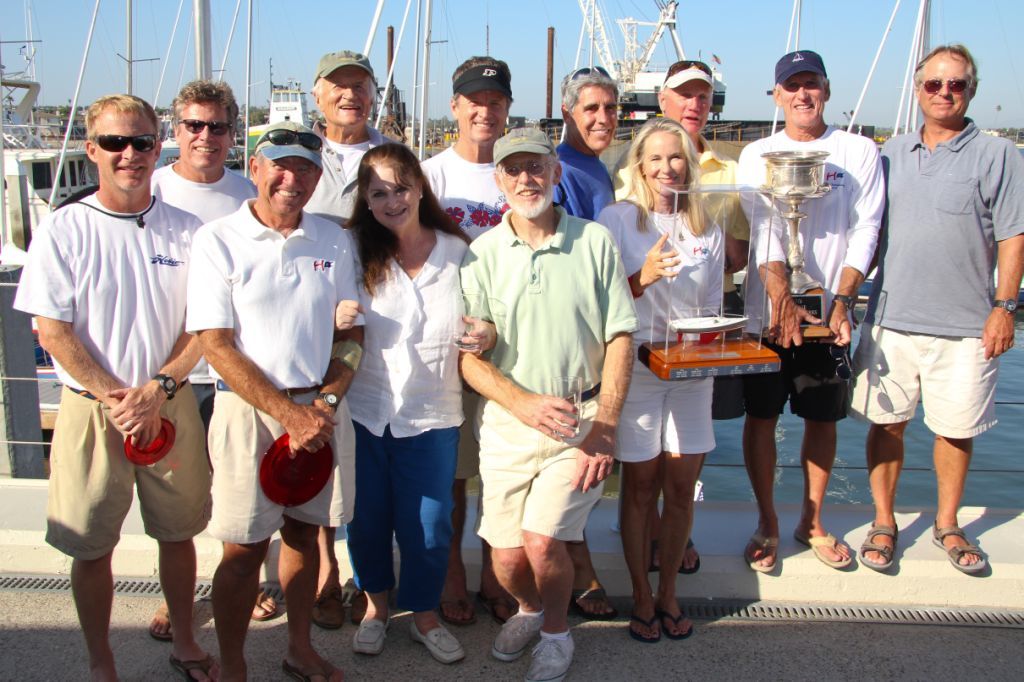 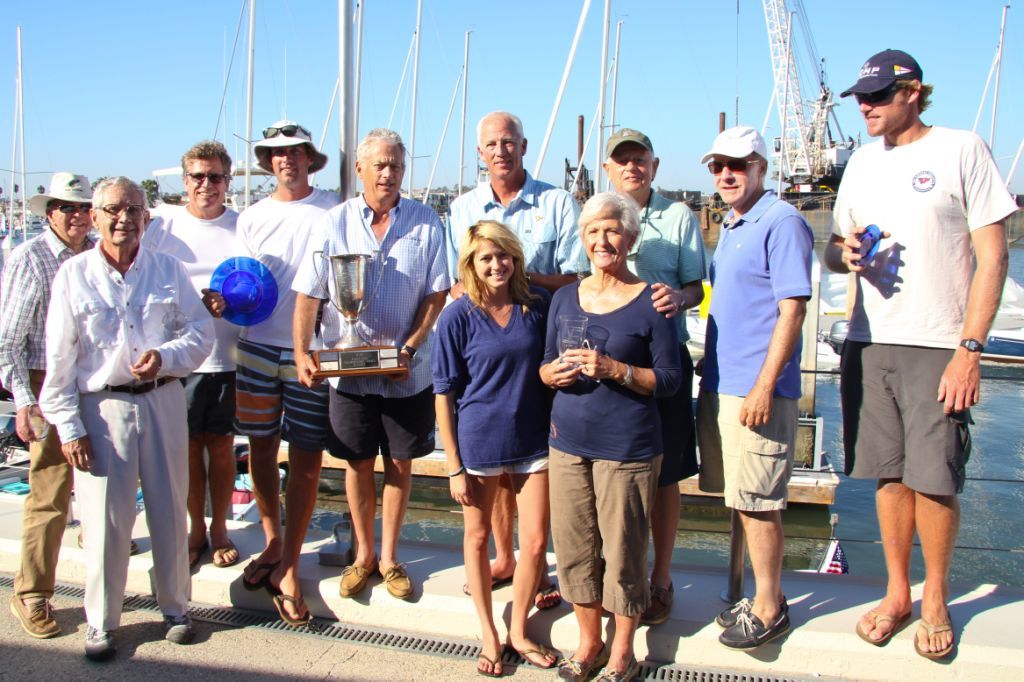 As a result of this High Point Race, Jeff Gordon has moved to the A Fleet.

The Championships signify the end of the H20 Fleet 1 racing year, resulting in the following Awards:

Note: Sailors must participate in at least 75% of all High Point races to qualify for the High Point Award

The Rain or Shine Award is awarded to Peter Haynes for the 5th consecutive year in a row! The final results are:

Full Rain or Shine Results can be viewed here.

The Fleet 1 First Mate Awards go to the highest placing husband and wife teams in the A and B Fleets at the Fleet 1 Championship Series. This year:

The history of this award can be viewed here.

The Grand Masters trophy is awarded to the highest placing skippers over the age of 65 in the A and B fleets at the Fleet 1 championships. This year:

All the above awards, plus the Arthur B Strock Service Award (awarded to members who have performed outstanding service for the Harbor 20, Fleet One organization) and the Broken Rudder Award (awarded to the skipper who’s boat sustained to most damage in the heat of battle) will be presented during the annual H20 Awards Dinner on December 2, 2012 at LIYC .

More pictures of the championship below, and here. 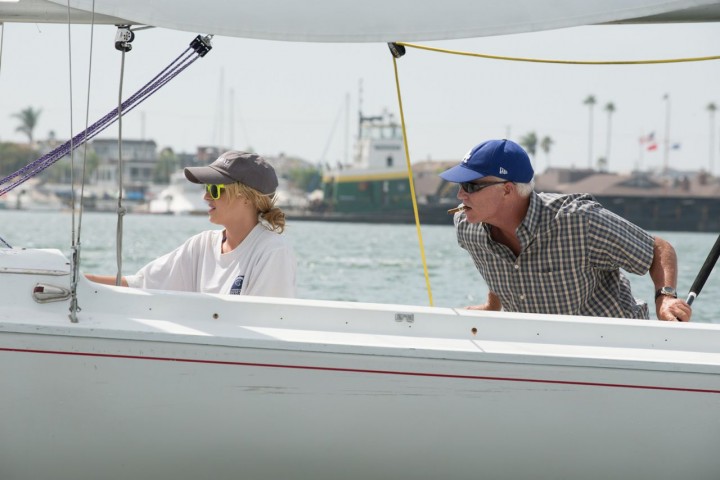 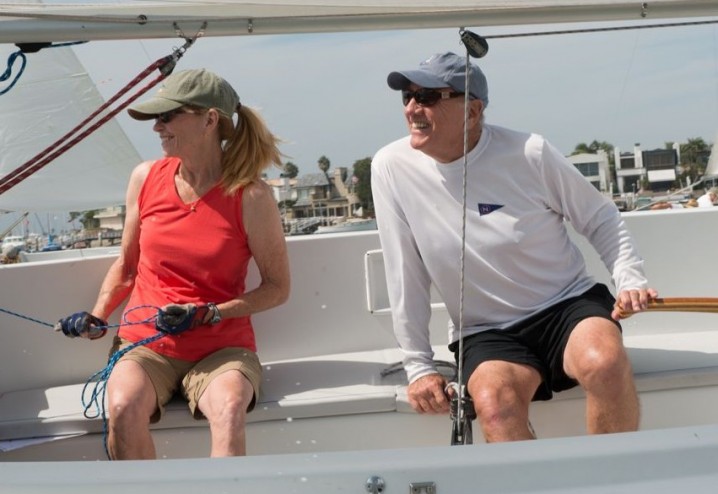