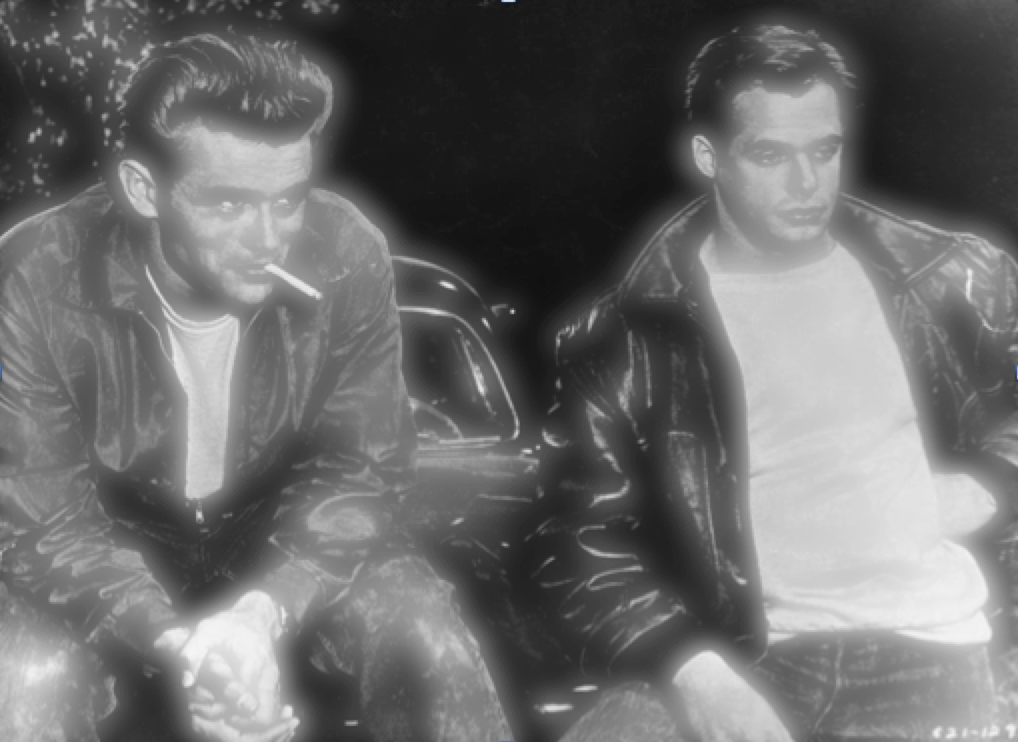 Sisters in rolled up jeans Perhaps one of the things which most characterizes the 1950’s was the strong element of conservatism and anticommunist feeling which ran throughout much of society. One of the best indicators of the conservative frame of mind was the addition of the phrase “under God” to the Pledge of Allegiance. Religion was seen as an indicator of anti-communism. Fifties clothing was conservative. Men wore gray flannel suits and women wore dresses with pinched in waists and high heels. French fashion designers such as Dior, Chanel and Givenchy were popular and copied in America.  Families worked together, played together and vacationed together at family themed entertainment areas like national parks and the new Disneyland. Gender roles were strongly held, girls played with Barbie dolls and Dale Evans gear, boys with Roy Rogers and Davy Crockett paraphernalia.  Drive-in movies became popular for families and teens. Cars were seen as an indicator of prosperity and cool-ness. Highways were built to take people quickly from one place to another, bypassing small towns and helping to create central marketing areas or shopping malls such as Sharpstown Mall, Gulfgate Mall and Meyerland Plaza in Houston.

Fashion successes were Bill Blass and his blue jeans, poodle skirts made of felt and decorated with sequins and poodle appliqués, ponytails for girls, and flat tops and crew cuts for guys.  Saddle shoes and blue suede loafers were popular. Teenagers were defined as a separate generation and were represented by James Dean who wore blue jeans in Rebel Without a Cause and created a fashion and attitude sensation. Activities we liked were flying saucer watching, and watching and dancing to Dick Clark’s American Bandstand.  Fad hits with kids were toys like hula-hoops and Hop along Cassidy guns and western gear, Davy Crockett coonskin hats and silly putty