On February 23, 2014 Gary Jobson took the helm of SKIMMER, an Annapolis based Harbor20, for owner Peter Trogdon.  It was a cold sunny day with a 6-8 knot breeze from the North.  Seven of the thirteen Frostbite boats came out that day. Peter writes, ”We were very excited to be racing again because racing had been cancelled several times during the frostbite season due to the ice in the river.  John Sherwood, my tactician and coach, and I knew we were in for an amazing day of racing with friend and legendary Americans Cup tactician, author, and sailing commentator, Gary Jobson.” 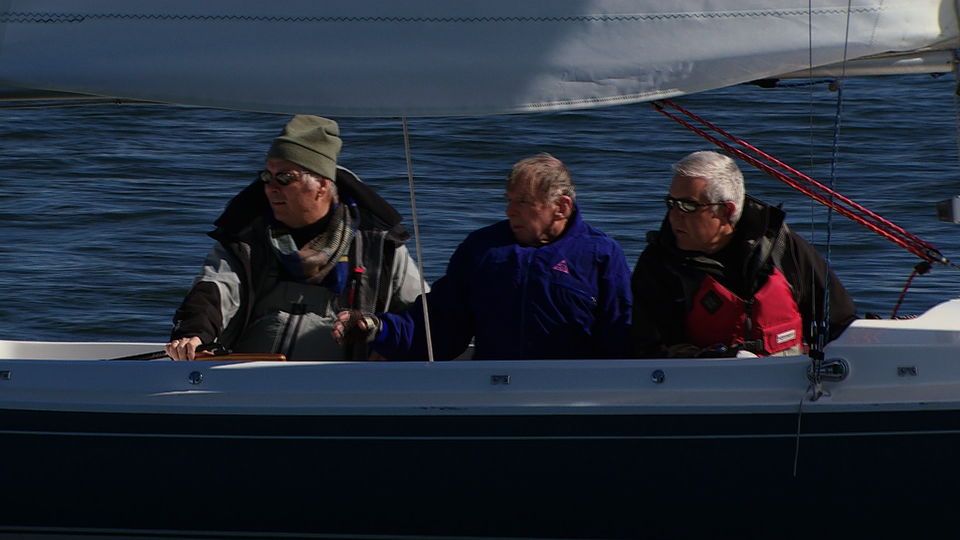 All looking AFT at the competition, left to right,  Gary Jobson, John Sherwood, and Peter Trogdon

Gary wrote” After weeks and weeks of enduring unusually cold weather, it was a special treat to sail aboard a Harbor 20 on a mild winter day during the Annapolis Yacht Club Frostbite Series. Lucky me, I got to race with Peter Trogdon and the legendary John Sherwood in two races. I found the Harbor 20 to be a great boat for either two or three people. The boats are remarkably even in speed. In one race, everything went our way and we were happy with a victory. In the second race, the combination of a slow start and a missed wind shift left us deservedly in third. The open cockpit makes trimming and steering easy. The boat is a joy to sail both upwind and downwind. There is a warm camaraderie between the competitors. After the race everybody compared notes. I look forward to my next sail.”

After the races, Gary met and talked with all the Harbor 20 fleet sailors.  It was a treat for this relatively new AYC racing fleet to have the opportunity to share their love of the Harbor 20 with a local hero.